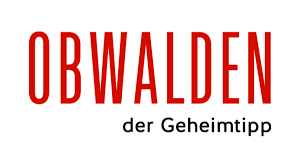 Responsible for this content
Obwalden Tourismus Explorers Choice
Add comment
The path from Sarnen station to Alpnachstad station can be walked winter and summer.
easy
Distance 9.5 km
Duration2:19 h
Ascent3 m
Descent41 m
Highest point473 m
Lowest point432 m
From Sarnen railway station, a few steps lead to the village square with the town hall, witness to the centuries-old federal independence of Canton Obwalden. After crossing the Rathausbrücke, the path follows the Sarneraa river northwards, sometimes on the left and sometimes on the right, to the Aa bridge by former Kägiswil railway station, over which Kernserstrasse leads. Crossing this and the railway track, the path branches off to the northeast and, after passing under the motorway, reaches Lake Wichel nature reserve.

The area around the lake, which was dammed in 1957, was declared a nature conservation area in 2005 as a habitat for rare animal and plant species and as a valuable landscape and recreational amenity. A variety of bird species cavort and breed here, supplemented by rare migratory birds and winter visitors. In 2007 a fish ladder was built at the Sarneraa power plant dam, in whose excess water the fish are able to ascend along a natural migration route into the lake and upper reaches of the Sarneraa.

From the weir, the path switches northwards onto the dam that borders the collection pool of the Grosse Schliere. At the end of the dam, a footbridge crosses the Grosse Schliere and the path passes the southern end of the military airfield and over the motorway bridge to Alpnach railway station. Here the walk can be continued east of the railway line to the Kleine Schliere and on its left embankment to the delta of the Kleine Schliere. Passing the shipyard and through an alley, you reach Alpnachstad railway station.

The walk to Alpnach also corresponds for the most part to the signposted Lake Wichel route 583, which is free of obstacles.

The route leads through a nature reserve. Please observe the rules of conduct at the signposts. The path is not signposted or groomed for winter use.

all notes on protected areas

Book recommendations for this region:

These suggestions were created automatically.

Would you like to the ask the author a question?

Help others by being the first to add a review.